Involvement of Vasopressin in the Pathogenesis of Pulmonary Tuberculosis: A New Therapeutic Target? 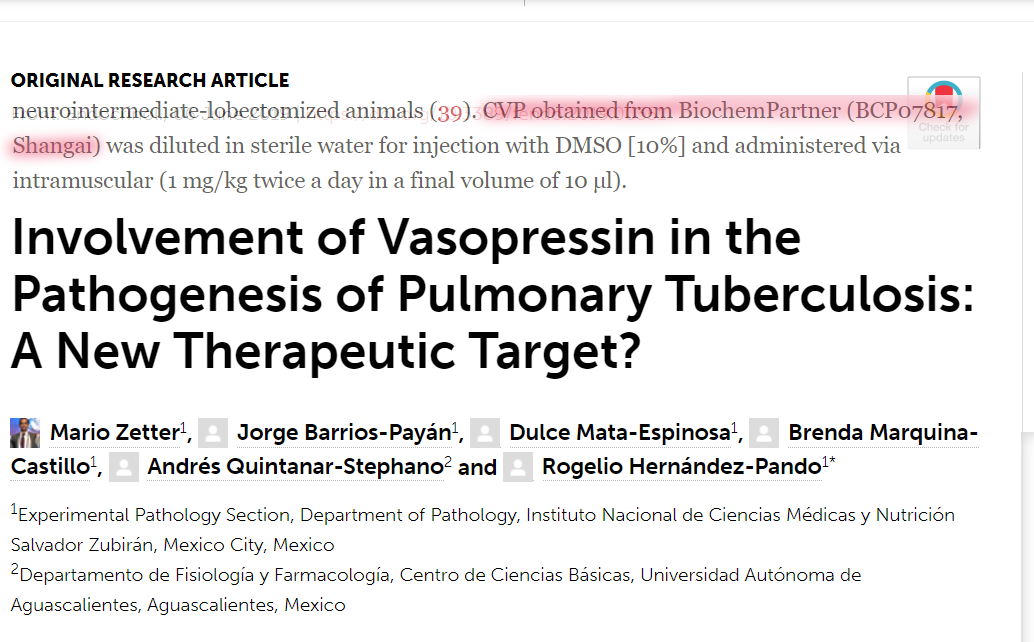 Abstract Tuberculosis (TB) is a highly complex infectious disease caused by the intracellular pathogen Mycobacterium tuberculosis (Mtb). It is characterized by chronic granulomatous inflammation of the lung and systemic immune–neuroendocrine responses that have been associated with pathophysiology and disease outcome. Vasopressin (VP), a neurohypophysial hormone with immunomodulatory effects, is abnormally high in plasma of some patients with pulmonary TB, and is apparently produced ectopically. In this study, a BALB/c mouse model of progressive pulmonary TB was used to determine whether VP may play a role in TB pathophysiology. Our results show that VP gene is expressed in the lung since early infection, increasing as the infection progressed, and localized mainly in macrophages, which are key cells in mycobacterial elimination. Pharmacologic manipulation using agonist and antagonist compounds showed that high and sustained stimulation of VPR resulted in increased bacillary burdens and fibrosis at lungs, while blockade of VP receptors reduced bacterial loads. Accordingly, treatment of infected alveolar macrophages with VP in cell cultures resulted in high numbers of intracellular Mtb and impaired cytokine production. Thus, we show that VP is ectopically produced in the tuberculous lungs, with macrophages being its most possible target cell. Further, it seems that chronic vasopressinergic stimulation during active late disease causes anti-inflammatory and tissue reparative effects, which could be deleterious while its pharmacologic suppression reactivates protective immunity and contributes to shorten conventional chemotherapy, which could be a new possible form of immune-endocrine therapy. Keywords: vasopressin, lung, tuberculosis, immunopathology, fibrosis, therapy